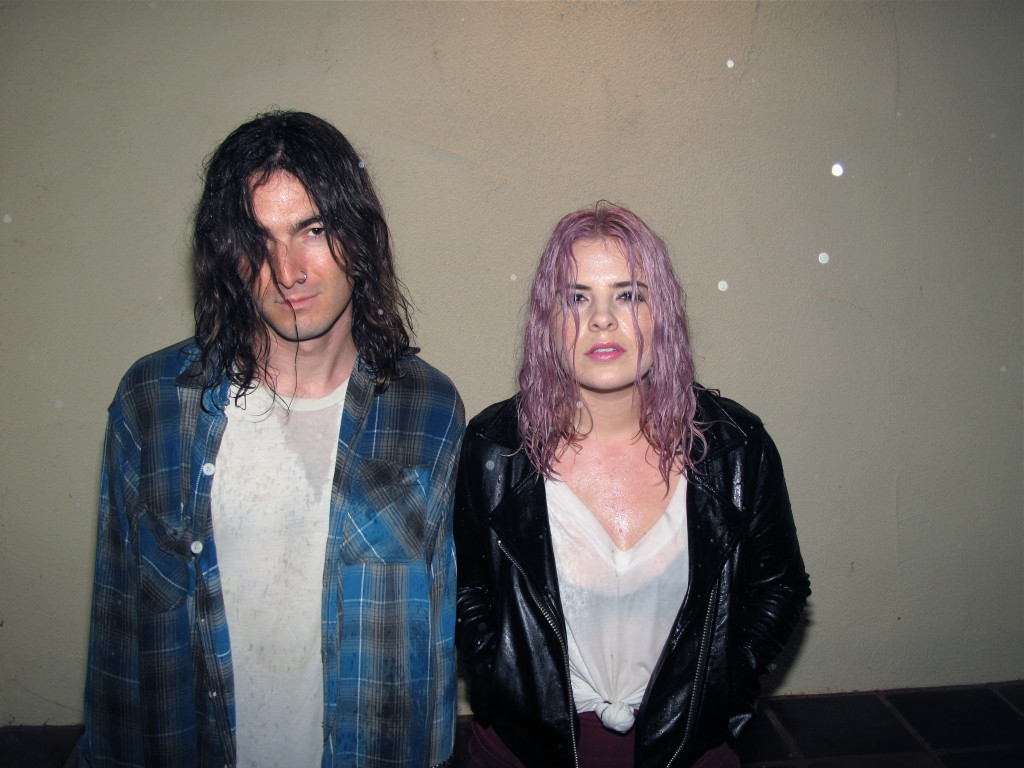 If Katy Perry had a child with Patrick Stump of Fall Out Boy, it would be called Shallows.

The Los Angeles-based duo was formed by singer, Dani Poppitt, and guitarist/producer, Marshall Gallagher, following a meet at an out of control house party.

Their debut single, ‘Summer Sucks’, is a lament of a tired relationship under the slow crushing weight of last year’s Californian heat wave.

We caught up with the duo and discussed the hot weather in Los Angeles, and the array of their musical influences.

Good to meet you Shallows. Tell us more!

MG:  Hi, thanks for talking to us!  We’re a brand new band from the heart of LA, just two friends trying to write some killer songs and have fun.  We’ve been writing together for awhile now and we’re both involved in plenty of other projects, but when we wrote this song it seemed only fitting that we should keep it for ourselves and build a band around this sound.

You’re a new act. How are you going to distinguish yourselves from the competition?

MG:  There are a lot of guy/girl pop duos out there, especially in this city.  It’s going to be difficult to stick out, but what we lack in notoriety we make up for in musicianship.  I think the songs speak for themselves, Summer Sucks is just a little taste of what we’ve got brewing.

DP:  We’re going to distinguish ourselves with well written pop songs.  By marrying shoegaze and indie lyrical content with music that Katy Perry could get behind.  Our songs will dig their way into the heads of our competitors and live there for weeks.

Your debut single is called ‘Summer Sucks’. Does the temperature in Los Angeles have an negative impact on your music, as well as a positive one?

MG:  Haha… it doesn’t affect the music as much as it affects my sleep quality.  We did most of our writing in my apartment this summer and it was crazy hot (like, sometimes it would get hotter in there than it was outside, and it was hovering around 90 every day), but that may have actually made our material more visceral.  I guess there was this desperate urgency to nail takes and crank out quality stuff as quickly as possible, in order to get the hell out of my sauna.  Performance gets better sometimes under pressure, right?

DP:  Temperature changes the state of matter; it has an effect on the mind.  Hot or cold, we use what we can as inspiration.

MG: All the feelings.

MG:  I honestly don’t listen to anything that sounds remotely like Shallows.  Dani gives me shit all the time because I have no idea who is killing it in the Pop world right now.  I grew up on classic rock, 90s alternative and emo for the most part, and I’m a guitar player by trade… so I’m a sucker for anything heavy and pretty.  My favorite band of all time is The Smashing Pumpkins.

DP: Too much Justin Bieber…

‘Summer Sucks’ is self released and available to purchase on iTunes now.