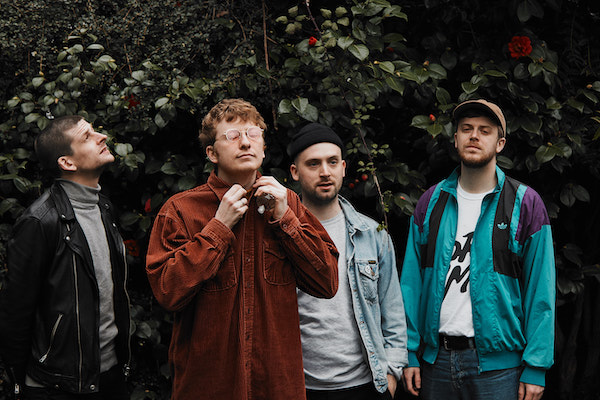 Apart from the brilliant name, Portsmouth-based quartet Sad Palace also writes some decent songs, all with a quirky tinge…obviously.

Like many other bands based on the British South Coast, Sad Palace’s sound has an upbeat mentality stirred with moody jangle-pop. Speaking about the lyrics, frontman Louis explains,

“The lyrics were born from the frustration of failing to communicate with people, of being overloaded with information, and a feeling that you can’t keep up with the sheer amount of things happening around you.”

Their upcoming ‘Longbaby’ EP, out on Friday, takes from tracks written across a period of two years and recorded in four days at Press Play Studio, influencers of the five-track EP include artists such as Peace, American Football, The War On Drugs, Ratatat, and Late of the Pier, and follows a string of singles released by Kissability and Kitsuné.