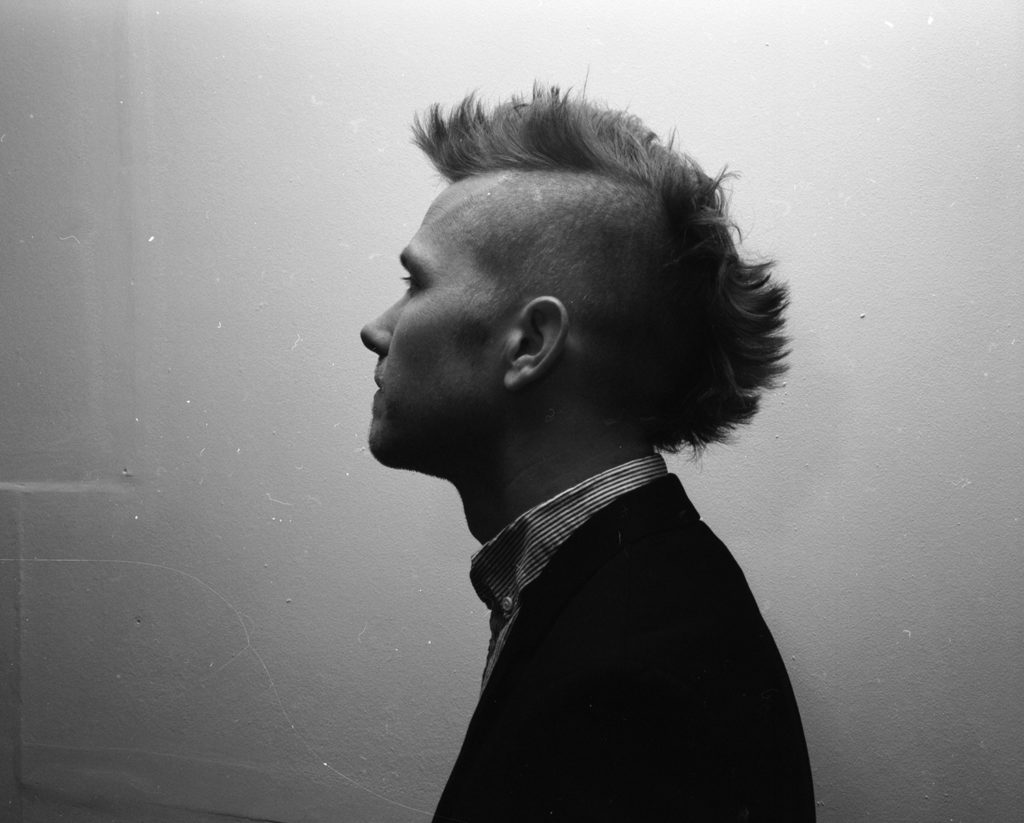 Los Angeles-based vocalist, songwriter and alternative producer Jens Kuross has just released the shadowy single, ‘Done With Dancing’, a new stripped-down take of the track ‘Yard Two Stone’ that he collaborated on with Lane 8 last December.

Having toured the world as the drummer for RY X, Howling, and The Acid (a supergroup comprised of DJ/Producer Adam Freeland, Californian polymath Steve Nalepa, and RY X – who Jens also performs with as an active member of), as well as supported Bonobo, Rhye, GoGo Penguin and RY X, it’s time for Jens to step forward.

First on the list is his playlist called “Jens Friends”. You can check it out below.

Fred and Luna – Mini Song
This was the first song on the first release from a label my good friend Frank Wiedemann started a couple of years ago. It’s very minimal but it really makes the most out of all of its elements. There are no wasted sounds. It sounds like it could simultaneously be a Kraftwerk b-side from 1980 and also a hip new track on some indie-electronic playlist on Spotify…wait…

Point Lobo – Platform
Producer, Engineer, Drummer Miles Senzaki is great at everything he does. And I should know as he’s engineered almost all of my own recordings. His solo project “Point Lobo” is a perfect distillation of his love of Prince, Talking Heads and I don’t know what else really. It’s beautifully done and impeccably crafted.

Human Barbie – Don’t Run Away
Human Barbie is the brainchild of Bassist, songwriter, producer Chris Hackman. Chris and I met when we were fresh out of school and still playing jazz gigs to make a living, then somehow migrated into the indie-electronic scene together. This project has its fingers in some 60’s psych-rock but Chris also tastily brings some of his jazz sensibilities to bear here.

Tyler Chester – Setting
I knew of Tyler for a while before he and I met, primarily from his work with Blake Mills but he and I eventually ended up collaborating on a track that’s on his most recent record. This track, “Setting”, is from that same record. It has some really beautiful but dirty synth tones that make you feel like you’re listening to Vangelis if he was doing all his composing in a dusty basement with a bunch of broken gear that’s just barely clinging to life.

Howling – Lullaby
This is my favorite track off the Howling album “Sacred Ground”. Probably because I helped write it and I’m feeling a little shameless. “Write” might actually be a generous term here as it was almost entirely improvised. We were all just in a room jamming and Frank (Wiedemann) hit record in the middle of it. Then I came back around later and layered some synth pads. It’s probably the only song you’ll ever hear on an electronic dance record that wasn’t tracked to click.

The Acid – Onyx
This is another song I helped write. I’m super proud of the piano part I played. It’s an odd phrase length but it feels entirely natural and it ended up being the germ that inspired the whole song. The Acid boys ended up going for the jugular in the build and outro which wouldn’t have been my first choice but it definitely works and you can’t argue with the results.

GF3 – Prelude 5
I produced a couple of EP’s for some friends of mine in a jazz trio who wanted their jazz record to sound nothing like a jazz record. I’m super proud of how it all turned out but this might be my favorite offering from that little experiment. It’s the most stripped back of all the recordings but I think the subtle, understated effects on very delicately performed acoustic instruments yielded some really beautiful results.

Nalepa – A Study of Dreams
Steve Nalepa is the secret weapon behind so many amazing electronic tracks that you’ve probably heard. Working with him has really taught me a lot about the beauty and potential of raw sound. My tendency is to get a little lost in the weeds of music theory land and Steve can bring me back to earth by just producing some amazing sound that, once heard, inspires you to write a whole song if not a whole record.

Jeff Parker – Executive Life
I don’t know Jeff, but I do know some of the guys that played on this record. I think this is just a really creative example of incorporating sampling and electronic musical techniques into a jazz/improvisatory context. Usually, attempts at jazz-electronic synthesis go horribly wrong, ending up in the nauseatingly bland category of “smooth”, but the results here are phenomenal.

Louis Cole – Big Green Suitcase
Louis and I both got our start playing drums in the LA jazz scene but he had a bead on his artistic persona long before I could really figure mine out. This might be my favorite track from his eponymous first album. It really captures all of his quirky, beautiful, sincerity and adds a tinge of nostalgia with that pseudo-Bossa Nova drum machine pattern and the line-cliché in the piano.