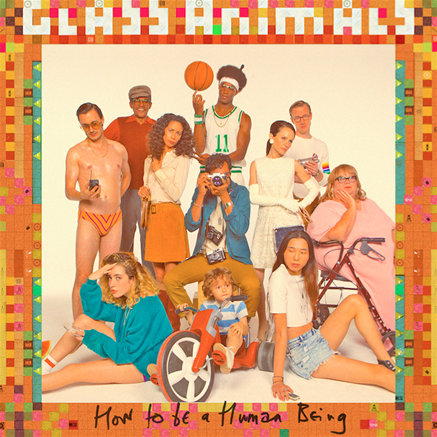 Glass Animals are back with a video for the off kilter and immersive, ‘Life Itself’.

Lead singer and producer Dave Bayley says of the track:

“Things have changed a lot for us over the past two years. instead of sitting in the studio we’ve been in a different city every night; making friends, hearing crazy stories, getting in crazy trouble. So much has happened! All of it made me want to think about people, and write something rawer and more human. ‘Life Itself’ is one of those. It’s a guy who was born a bit strange, and struggles to become part of society. Because of that he spends more time alone in his own head, getting stranger, and it becomes an awful cycle of doom.

Sound and production wise…we’ve been buzzing off of the amazing energy of the crowds we’ve been playing to. As crowds grew, they got more feral…and so did we. We found ourselves going wilder on stage, and playing heavier, grittier, high energy versions of our songs, changing them every night. Now we’ve tried to put some of that energy, spontaneity, and sound on tape.”

‘Life Itself ’ is released via Caroline International / Wolf Tone, and is the first track to be released from their upcoming album, ‘How To Be A Human Being’.