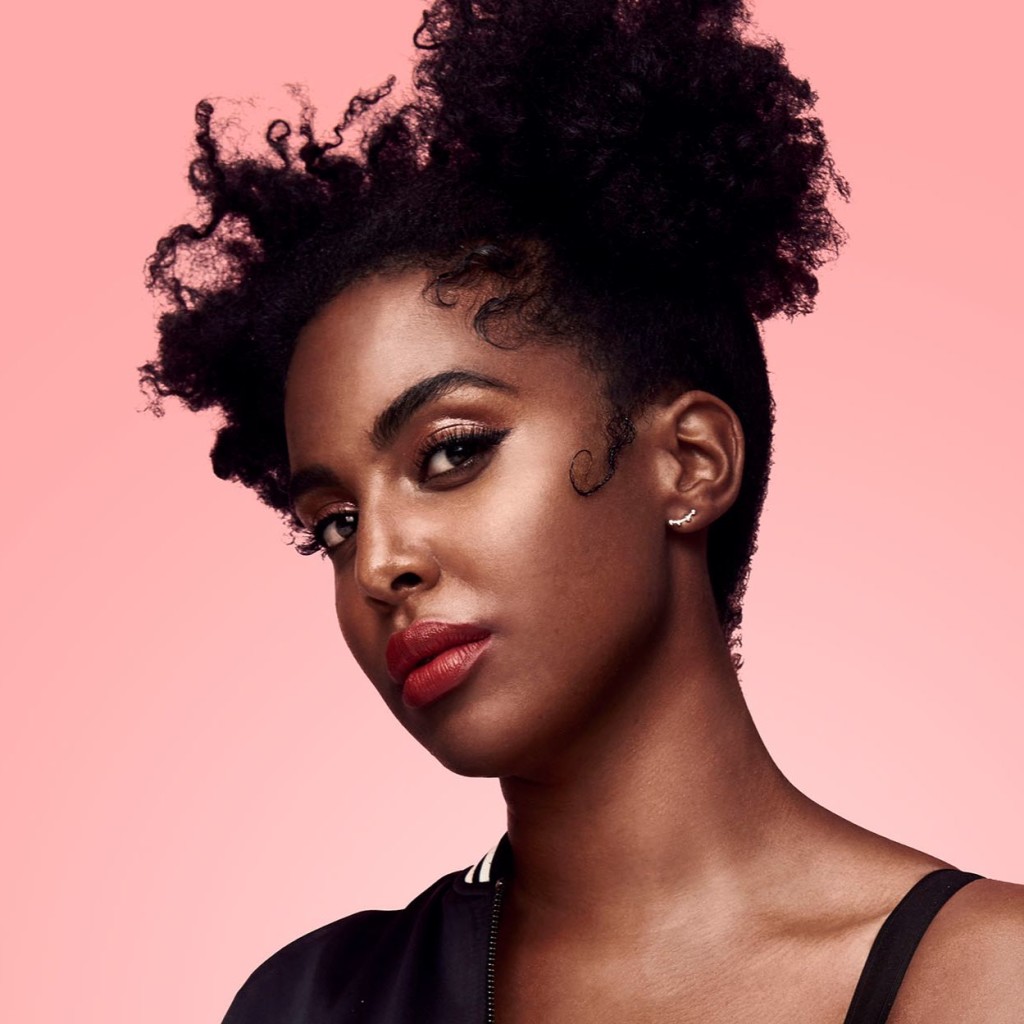 Wow! What a talent Swedish artist, songwriter and producer Bishat is.

Bishat wrote her first song with José Gonzalez at the tender age of 13, and runs her own label MINAMIN.

Her single ‘Under My Skin’ is an upbeat and melodic pop offering with R&B tinged vocals full of self-worth. 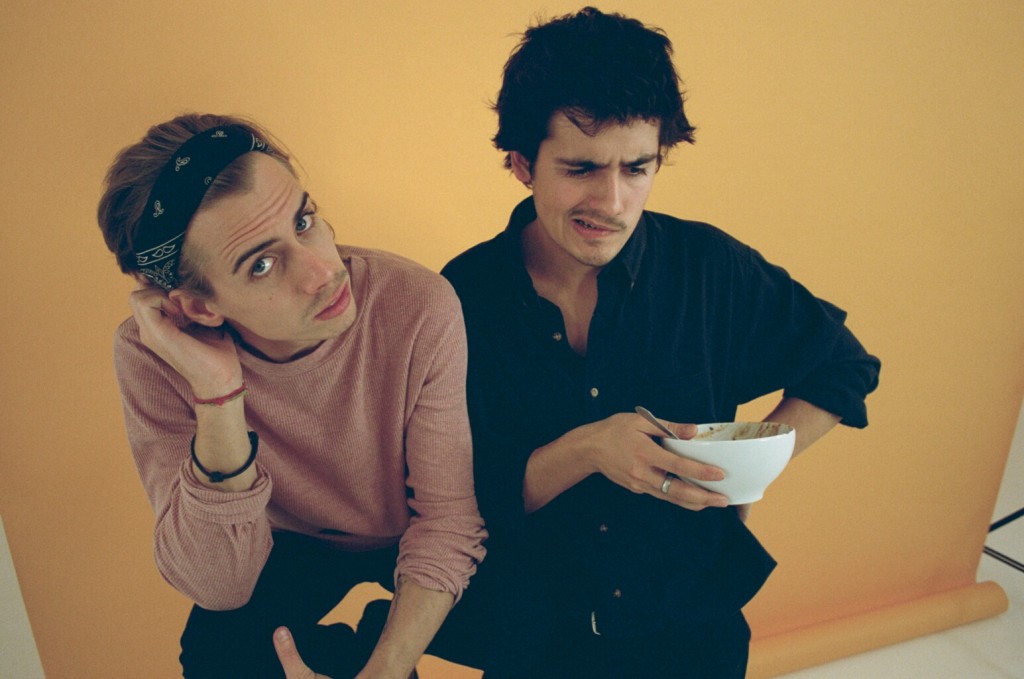 Barcelona-born cousins, THALAB, are back with new track, ‘2 Sails’.

The duo have once again invited us on an intimate journey, sharing sensual stories and playing laid back tunes. This time, it just happens to be on a boat…

Their forthcoming EP ‘A Good Swim’ is due out in early 2017 via Juicebox Recordings.

Now residing in London, THALAB are also gearing up for more live shows and collabs. Watch this space. 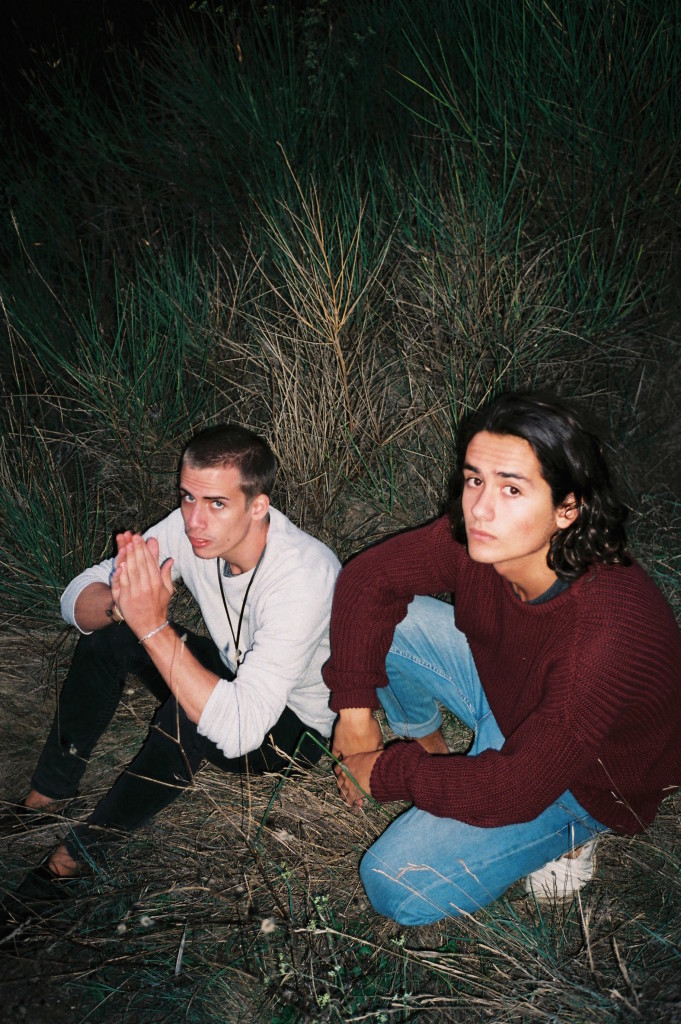 The duo discovered when they were 14 that they were into the same music – a wide range of sounds from singer songwriters to techno and house. They made music late into the night discovering an affinity that is at the heart of Thalab…that is, creating melancholic music you want to dance to.

TDeL2 is the musical project of Tony DeLuca.

Based out of Omaha, Nebraska, Tony DeLuca creates complex, emotionally-driven songs that incorporate both acoustic and electronic elements.

Tony has had music in his life from a young age, beginning with piano lessons at age 5. At age 10, Tony’s parents gave him a Yamaha F-310 acoustic guitar for Christmas. Tony started teaching himself how to play basic chords and this keen knack for playing music developed further into learning how to play drums and bass.

His debut single ‘Fearless Youth’ showcases a juxtaposition between melancholic lyrics about a summer lost, with upbeat futuristic electronic twists and turns. Have a listen and join the cinematic journey from start to finish.

The track was released on 13 September. Both the single and his upcoming debt album, ‘Barnegat’, were recorded, mixed, and produced by Tony in 2013 at his home studio and were mastered by Shawn Hatfield of California-based Audible Oddities (Natasha Bedingfield, Shakira, Helios, ESKMO, Mike Taylor, The Innocence Mission). The album is heavily instrumental, with occasional lyrical interludes.

Indietronica had a little chat with Tony about life in Nebraska and his music.

1. The name, TDeL2, is a derivative of your actual name, but why the 2?
I wish there was a great story to tell here, but there isn’t.  I’m named after my Grandfather, so my full name is Anthony DeLuca II.  The name really came about without much thought.  I had written a few demo tracks, and as I was signing up to post them on SoundCloud. I needed a username, so I typed in TDeL2 and moved on.  I never really intended for TDeL2 to be the long-term name, but Monkey Records liked it, and so we decided to stick with it.

2. You are from Nebraska. Is there a good music scene there?
I’m originally from Wisconsin, so that’s my true “home”.  But I live in Nebraska now.  People hear Nebraska and a thriving music scene is probably the last thing they consider.  But Omaha is a really vibrant, very metropolitan city.  The music scene, particularly the indie rock scene, is great.  Saddle Creek Records is based here, there are several great music venues, and a good number of well-known bands call Omaha home; Bright Eyes, The Faint, 311, The Mynabirds and Cursive to name a few.  But beyond that, there seems to be great local music turning up on a regular basis, which is good to see – it’s what keeps the city’s music scene going.  Within the last 5 years or so MAHA Festival has been gaining traction; they brought in a really solid lineup this past summer, and the city really seems to be getting behind it, so hopefully the festival continues to grow.   It’s not difficult at all to catch good music and inspiration in Omaha.

3. How would you describe your sound?
I’ve struggled to describe it to people.  My musical tastes sort of span the spectrum.  I really like indie folk music and indie rock, but I’ve always been intrigued by electronic artists that produce pure, clean-sounding music.  So bands that make acoustic-based music which blends in new technology and sounds is something that really stands out to me.  A group that comes to mind is Paper Route.  So I’ve sort of taken all my musical interests, thrown them in a blender, and tried to make music out of it.  Almost all of my songs start out on acoustic guitar or piano, and then I run with the idea, and they usually end up sounding more electronic than not.

4. What instruments do you play and what equipment do you use?
I play piano, guitar, and drums.  And a little bit of bass guitar.   Keyboards are Roland and M-Audio.  I play Yamaha acoustic guitars, and mostly a Fender Strat and Jazzmaster through a Vox Valvetronix for electric.  For pedals, I use a Digitech multi-effects and a JamMan looper, as well as TC Helicon vocal pedals.   I live in the city, and don’t want my neighbors to hate me, so my drums are played on Roland V-drums.   DAW-wise I use Logic X and an old Macbook Pro for production and mixing.

5. Tell us a bit about your debut single; ‘Fearless Youth’.
‘Fearless Youth’ is a track I wrote when I was living down in Missouri.  My wife and I moved down there for a two year period for work, and we really didn’t know many people there, so I had a lot of time to come up with new music.  This song was written at the beginning of the year, and it was miserable outside and had been for a few days.  Cold, rainy, just gloomy.  I wanted summer to return badly, and the song sort of reflects that.  The upbeat, carefree nature of the song and positive vibe reminded me of summer.  So Fearless Youth was, in a way, my mid-winter therapy; a sort of holdover until warmer weather returned.

6. You made a video for ‘Fearless Youth’. Tell us a little about that.
The idea of filming a video came about quickly, and I have a friend who is a filmmaker.  He drove up for a weekend and we tossed around some different ideas.  Initially, we were going to film it in an urban setting, but decided the tone of the song better suited some natural scenery.  The video is a little abstract, but we tried to tell a story with it.  It’s basically two people who are having the same dream, and they end up crossing paths in the middle of some beautiful Midwestern forest.

7. Take us through a journey of your album, which is released in November.
Probably 2/3 of the album was written while I was living in Missouri.  I had been playing drums for an indie rock band down there.   I reached a point where I knew I would be leaving Missouri soon, and wouldn’t be able to play in the band long-term,  and I really wanted to start playing around with different sounds.   So I started writing songs at home and eventually left the band to focus on writing my own music.  I bunkered down in a 10×11 spare bedroom, with all my gear crammed in it, and started writing songs on the weekends.  My songs almost always started out on piano or looping an acoustic guitar, and then I would build on them from there.  The album goes in a few different sonic directions.  There are tracks that are more subtle, ambient songs, some more upbeat electronic songs and others that are more sturdy indie rock tracks that draw on some post-rock influence.  The entire album has electronic influences and undertones, though.  I’m happy with the way it turned out, and with the different influences hopefully it will resonate with a wide audience.

8. Will you be touring at all?
I have a “day” job, so at the moment I don’t have a tour set up as my weekdays are taken up.  But that is something I have definitely considered and if I can make it happen, the label and I would love to organize some sort of tour.  I’d love to do that.

9. We love discovering new music at Indietronica. What new music are you listening to at the moment?
Oh man, there is way too much good music out there, but I’ve really been enjoying the London EP by Banks.

10. If you could have anyone remix your music, who would it be?
Probably Flume.  It’s rare that I dislike one of his remixes.  Oliver Nelson has also been releasing some very good remixes lately.

‘Barnegat’ has an expected release date of 1 November 2013 via Monkey Records, but it is available for pre-order on iTunes now!