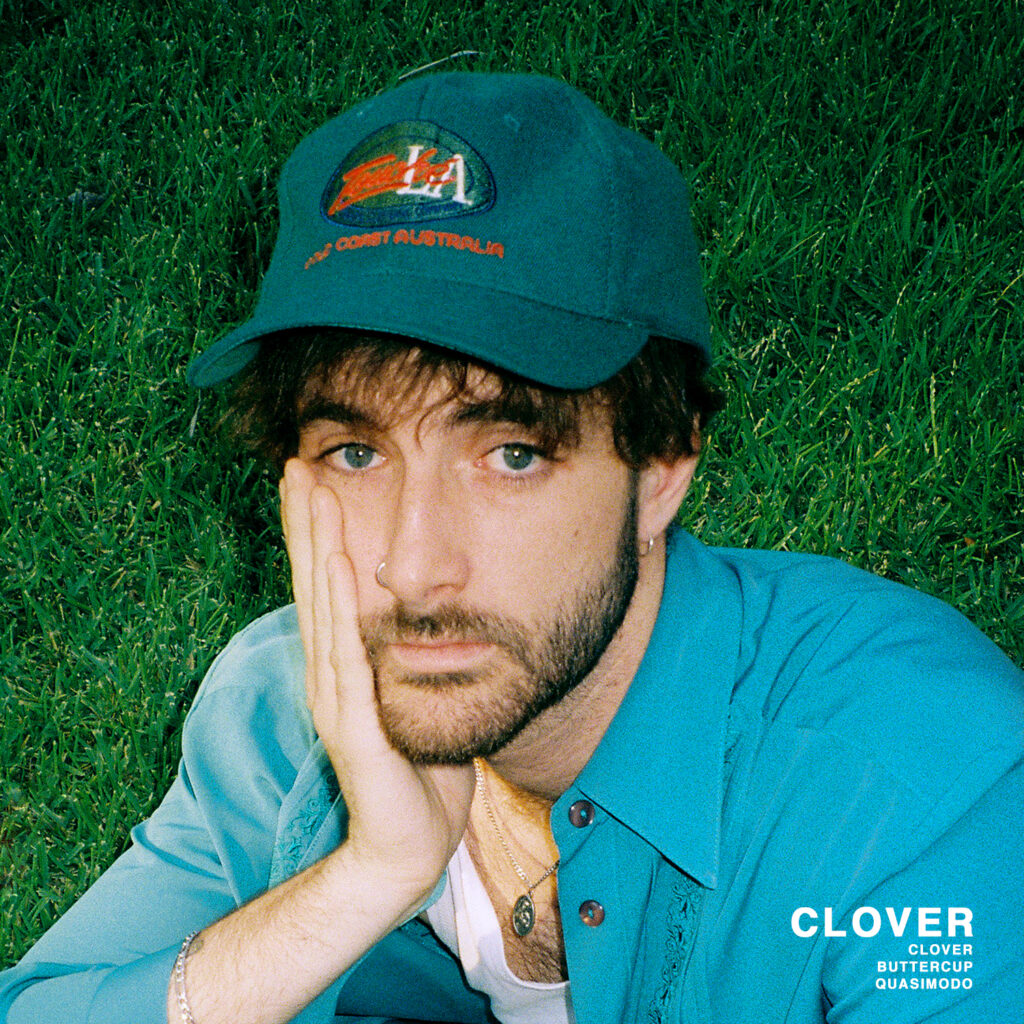 Australian artist Akurei has just released his most exciting EP of the year, ‘CLOVER’.

Lucky for Akurei, venues have now opened up in Australia, which has promoted him to recollect about those nights out where you drink to feel comfortable.

So with all that social anxiety in mind, whack on his dreamy and nostalgic playlist and drift off into a state of bliss.

Hovvdy – Runner
Most of the people I’ve spent time with over the last few months could attest to the fact that I’ve been humming this daily. I’ve made it a goal to write a song that makes people feel the way this one makes me feel – light, hopeful and nostalgic.

Hether – Twinkle
Obsessed with this song, and everything Hether has done really. It all sounds like falling in love.

The Nicholas, Odessa – Rockshow
I’m lucky to be friends with The Nicholas, I’m so inspired by his song writing and production. This songs been on repeat since its release, the melodies are so so catchy.

Buddy Ross, Gabriel Delicious – Bored Again!
This one just feels so good, it’s hard to have a bad time while it’s on.

Porches – I Miss That
I’m a new Porches fan. The drum loop pulled me in and I stayed for the lyrics and the melodies, so infectious. Also the synth parts are really interesting.

Huron John – Why Do People Grow (Long for the Day When I Had That Flip Phone)
This one hits the sweet spot between fun and self deprecating.

Billy Lemos, Tati – Midlife Crisis
I’m new to Billy Lemos. This song is wild, along with the album he dropped this year.

A. G. Cook – Being Harsh
I could just listen to the first 30 seconds of this song all day, that alone is so captivating. It’s just a really beautiful and simple song.

Dijon – alley-oop
Pretty much every time Dijon drops a song I think “Damn I wish I wrote this” and this song is no exception. He has the most expressive voice and melodies, and the lyrics to this song are so nice.

Golden Daze – Blue Bell
This song will probably be in my Spotify ‘Top Songs of 20__” for the rest of my life.

The ‘CLOVER’ EP is out now on sumoclic records.