SKIES are one of both bands that you listen to and instantly fall in love with, and this becomes even more apparent when you watch them play a live show.

How did you both meet and why did you start making music as SKIES?

Alie: Once upon a time…! We met because Jericho’s brother was the bass player in another band I was in at the time.

Jericho: I joined that band and we eventually decided to become a two-piece with a session drummer as Alie and me were doing all the writing, we changed the name of the band and basically started again from scratch. It just felt really right and naturally progressed that way and that’s how we ended up as we are!

Where did the name SKIES come from?

Jericho: We wanted a name that was simple, easy to remember/spell and neutal – we threw a few names around and then my brother suggested SKIES and we ended up going with it! Shout out to Joel!

Your music is very heartfelt, and even more so during live performances. Where do you get your energy from?

Alie: Thank you! I think it helps when you just write about something that is real to you. It means that at shows I never get tired of singing the lyrics because I really mean what I’m saying. Hopefully the crowd pick up on that and it makes it real and authentic for them too.

Where do you cite your musical influences?

Jericho: When we started SKIES, Bastille had just released their album and I had just got a synth so I was really inspired by them initially. Recently I’ve been loving what Twentyone Pilots are doing – but there’s so much I get influenced by it’s hard to mention it all!

What’s next for SKIES?

Alie: We’ve just released our debut EP with LAB Records which is exciting… there will also be a single in the new year and a music video. We’re planning a UK tour and just really looking at what we want to do in 2016. We’re really excited about what’s to come and we really hope everyone enjoys the EP. It’s been such a great year so another one of those would be good! x

Alie: We just supported MOTHXR who were incredible, they just released a new record so check that out.

Jericho: Also there’s some amazing Kent bands around at the moment, our friends ‘Fish Tank‘, ‘Get Inuit‘ and ‘Dead Ceremony‘ are definitely worth checking out! We <3 Kent music!

‘If You Feel Like It’ EP was released on 27 November via LAB Records.

END_OF_DOCUMENT_TOKEN_TO_BE_REPLACED

Radio-ready pop punk sounds dominate their new track, ‘Feel Like It’, which has been produced by Oz Craggs (Mallory Knox, Feed The Rhino). Think huge choruses; simple, but effective and heartfelt lyrics; and epic synth hooks.

Of ‘Feel Like It’, the band say “the track was written after watching a film about the Tsunami in Indonesia. I couldn’t understand why god couldn’t just reach down and stop it from happening. It also touches on the concept of being in a relationship with someone who isn’t trying, someone who is just a dead weight in the relationship”.

The ‘If You Feel Like It’ EP will be released on 27 November via LAB Records. 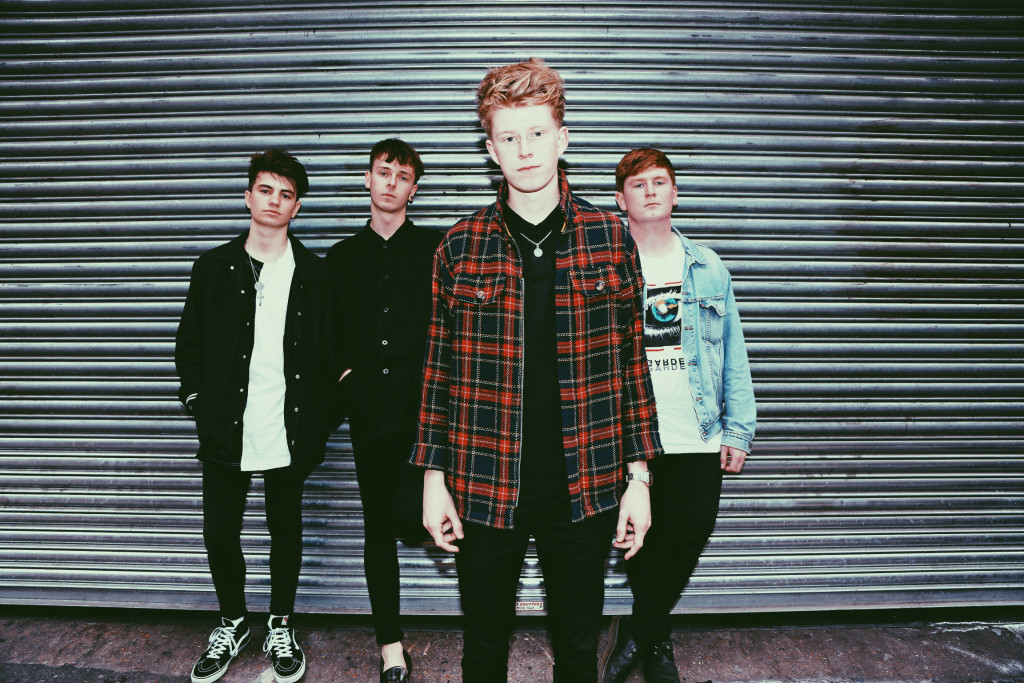 Brighton teen quartet High Tyde have shared their new single, ‘Do What You Want’.

They are not just another indie pop act. No. For a start, they’re only 18! Secondly, they write bold songs about youth culture full of decent lyrics and catchy bridges. Thirdly, we like them.