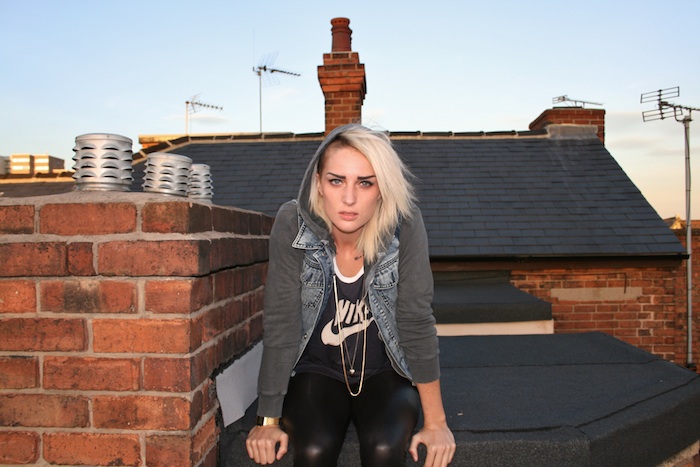 Indiana. Singer of songs, raider of arks. Or so it says on her facebook.

Indiana is a self-taught Nottingham-born singer/songwriter, who first started playing piano when she accidentally stumbled upon her sister’s dusty piano in storage.

She played ‘Blind As I Am‘ at her first gig in the Old Market Square in Nottingham as part of the Future Sound of Nottingham semi-finals. We were there and it was truly amazing to watch Indiana combine her powerful vocals with beautifully delicate piano and electronica.

With ‘Blind As I Am’ announced as one of BBC Introducing Picks of 2013, Indiana’s new single ‘Mess Around’ is no exception.

The video for ‘Mess Around’ is dark and mysterious. Indiana switches between playing an ice queen and a wicked witch, both of whom are taunting what we can only assume is an ex-boyfriend. This is one dark electronic fairytale. All that is missing is the poisonous apple.

The ‘Mess Around’ EP has an expected release date of 27 October 2013 via Sony Music, but you can pre-order it on iTunes now. The single will be backed by remixes from Le Youth, Etherwood, Raider and Hucci.