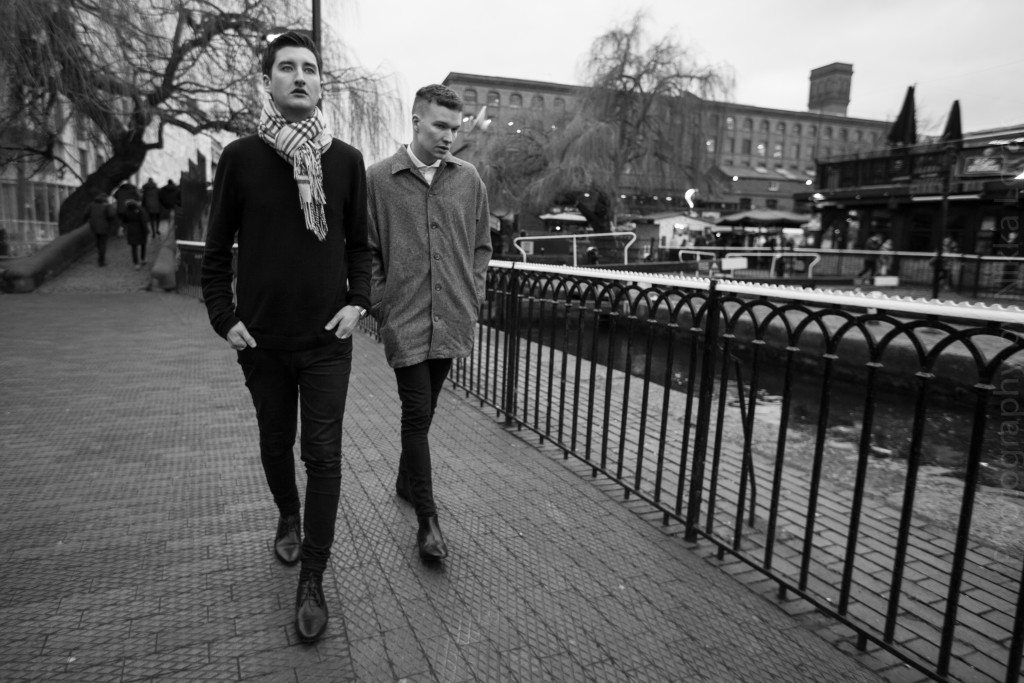 April Towers only formed a couple of years a go. Tell us more about how April Towers came about.

We met at school when we were about 15/16 years old. Arctic Monkeys had just exploded and it seemed like everyone was picking up a guitar, We were paired together in a school biology project but just spent most the time writing songs before forming an indie band, Frontiers, of which we were members for about 5 years before our tastes became more electronic and we formed April Towers!

‘Modern Psych’ received a great response from blogs and fans. Have you set the bar too high for yourselves?!

Haha, I think the bar is set by others rather than ourselves. We just write what we feel are the best songs we can and it’s up to you guys to decide how high that bar is!!

Your EP, ‘Silent Fever’ is out in April on Lab Records. Tell us more about it.

Silent Fever is our first EP – it features five tracks (featuring previous singles A Little Bit Of Fear and Modern Psyche) as well as two remixes. We are really proud of it and feels it really represents us well as a band. We are also very honoured that LAB records are putting this EP out – Mark and the team have shown great faith in us and we really are grateful for that.

It’s a broad range of influences to be honest – from the golden era of the 80s with bands like New Order and Depeche Mode, to modern cutting edge electronic pop like LCD Soundsystem and Hot Chip, with a bit of Cut Copy thrown in there!

We are really into the new Steve Mason record at the moment – it’s so intelligently put together. Also really loving Theo Kottis, a Scottish producer who is making real waves in the dance scene right now!

If you fancy seeing April Towers perform, check out the dates below.