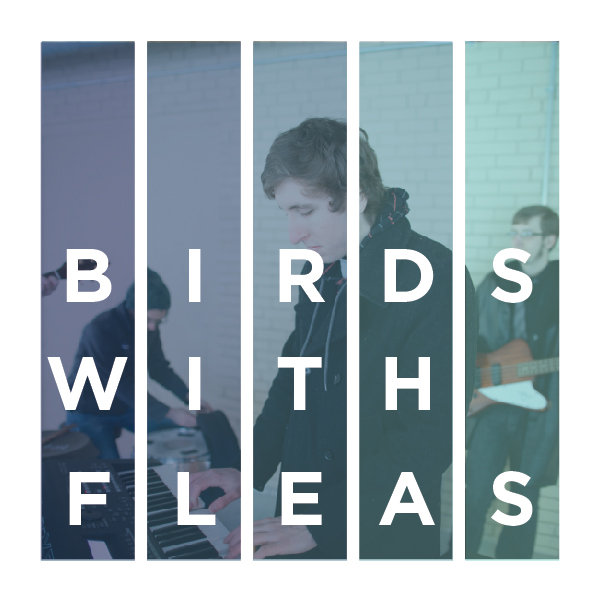 Birds With Fleas is an indie band, who base themselves out of New York.

We had a little chat with the guys. Read more below.

For those of you who don’t know you, tell us a bit more about Birds with Fleas and how you got into music.

Birds With Fleas is mainly me, Matt Siegel (guitar/keys/vox), and Spencer Karges (guitar/percussion/vox). We’re both sort of at the helm, but have been fortunate to have other musicians with us along the way.

Birds With Fleas started when I was a junior in college. I was a music major and had access to the recording studio that was on campus. I wrote a bunch of songs on ukulele and banjo that ended up forming our first album the campfire. I finished the album and went off to find people that could help me play the songs live. The first person I contacted was Spencer because I knew he’d been in bands before, that’s really all I was going on haha.

Spencer and I were in high school choir together for three years and we also sang in a few barbershop quartets together. Spence and I weren’t even great friends but I was desperate for help. It’s really funny looking back at it especially with how close we are now.

After I graduated we moved to Chattanooga, Tennessee and had a couple of great years where we were able to grow. This past January we moved to New York to make a real go at things.

Definitely. Over the years we have used a lot of different platforms. There are probably more than a dozen ways someone could find our music online. So we’ve always taken the approach that we want to make it as easy for people to listen as possible, while giving them a way to support us if they can.

Tradiio is great because you listen for free if you want to, but it doesn’t shy away from asking people to support tracks monetarily in exchange for some cool stuff.

Growing up I listened to a lot of Motown and R&B because my dad loves that stuff, really anything from the 70’s. His favorite artist is Luther Vandross so most of those albums were played over and over again.

When I was younger we really only listened to music when we were in the car. The two records we played most in the car were ELO‘s greatest hit and The Jackson 5‘s greatest hits. I’ve probably heard those CDs 200 times each. If we weren’t listening to that stuff we were listening to the top 40 stations. It wasn’t until high school that I started paying attention to what my friends were listening to, that’s when I really started to find things that were resonating with me.

At first I started listening to things like City and Colour, Dashboard Confessional and Snow Patrol. All of that eventually led me to what I listen to now. Some of my favorite bands these days are Bombay Bicycle Club, Sylvan Esso, Daughter, and Local Natives. All of that has accumulated to what now influences our music.

Lately the two albums that have been on repeat in our apartment are Sylvan Esso’s self-titled LP and Good Grief by Lucius.

We’ve invested in Birds With Fleas. Have you? Listen to more of their songs and support them at tradiio.com/birds-with-fleas/circle.