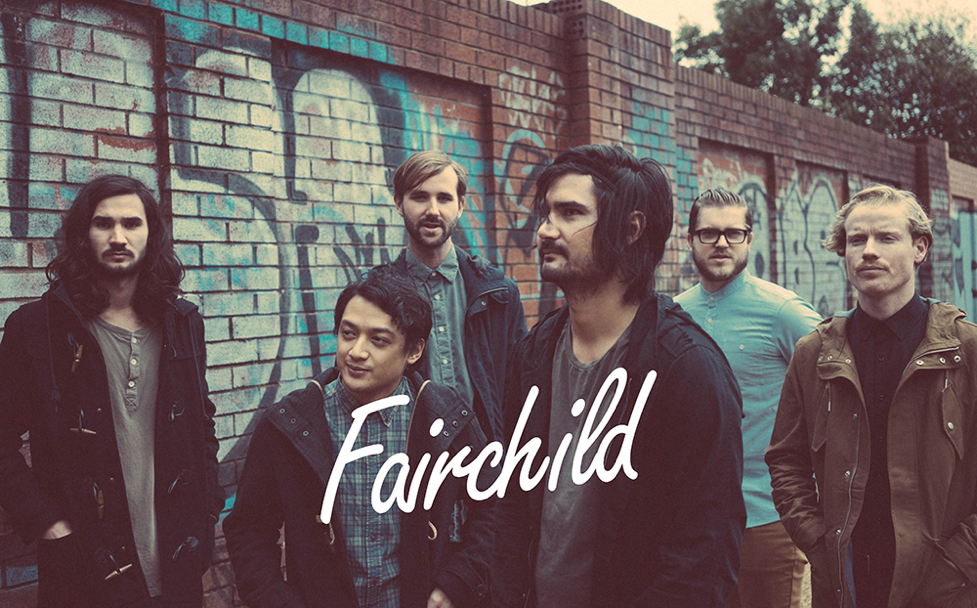 FAIRCHILD are an indie rock six-piece, hailing from Australia, now based in Manchester.

The 1980’s inspired ‘Breathless’ is a slow, sensual, four-to-the-floor rollick into unchartered territory, was produced by friend and collaborator Catherine Marks (Foals, The Killers, Wolf Alice) and recorded on the Gold Coast before they moved to the UK.

‘Breathless’ instigated a series of pre-production sessions, with each band member contributing ideas unhindered by genre expectations. FAIRCHILD worked individually and in small groups, at times swapping instruments, sharing half-baked riffs, beats, bites and grooves during an exacting four-month period of brainstorming and began to recognise parallels between their recordings and the songs of the 1980’s bands they’d always loved.

Speaking on the track, Adam Lyons explains, “Breathless is the most personal song I’ve ever written and it was built inside a computer. We didn’t play it as a band until we recorded live in studio with Catherine. The gap between creation and performance is what gives the song its personality. Or sexuality, as Catherine might say. In the studio we focused on presentation because the song was already there. It always had been.”

Continuing in this vein of musical exploration, brothers Adam and Nathan Lyons also run a label and management company called Canvas Sounds, which encourages collaboration, supports unsigned musicians and trials methods of songwriting and recording, previously unexplored by its artists.

‘Breathless’ is the title track of their new EP, which is set for release in early 2016.