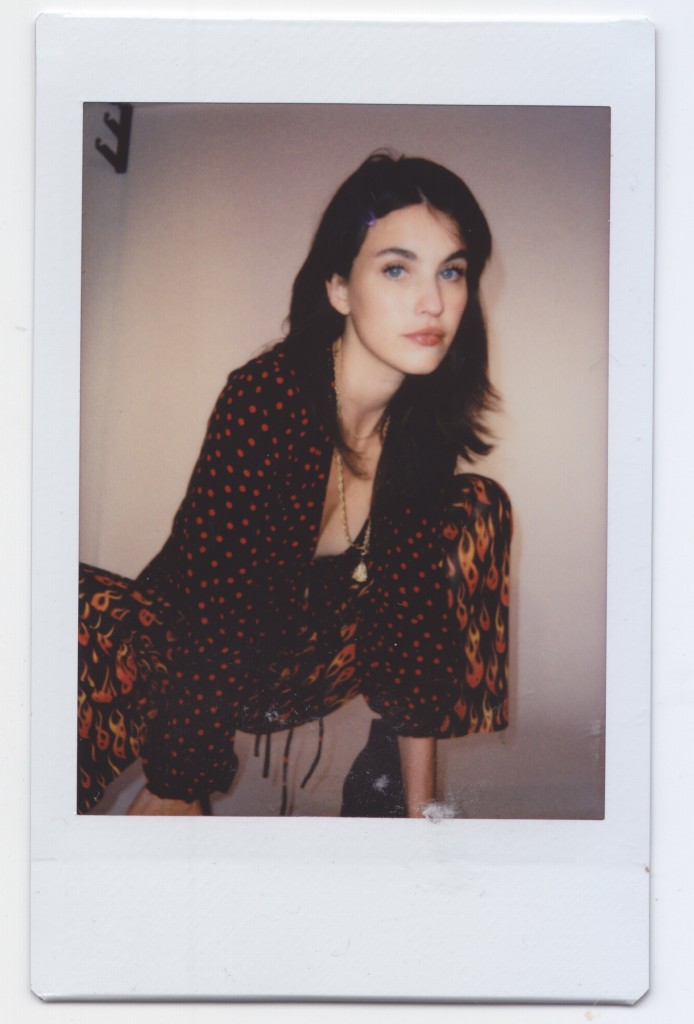 RAINSFORD is the solo project of Los Angeles-based Rainey Qualley.

Don’t worry, she doesn’t have a penchant for elderly people getting it on in a park – as seen in the video for her new single, synth pop gem ‘Rendezvous’ – but rather enjoys seeking inspiration everywhere,

“I wrote Rendezvous with my best friend/producer Nick Dungo last summer in Prospect park. We were taking a break from the studio to get a little sunshine and fresh air when we stumbled upon something very inspirational. Less than 20 yards away from us there was a couple who were very hot for each other, passionately making out, rolling around on top of each other in the grass…only they were probably in their late 60’s. Which we found equally delightful, intriguing, and kind of gross. We playfully messed with them from a distance for a while singing Marvin Gaye, and coming up with pretend scenarios which could have led them here (Were they cheating on their spouses? Probably.) Ultimately we went back to the studio with our eyes and minds deliciously stimulated, and Rendezvous is the result.”