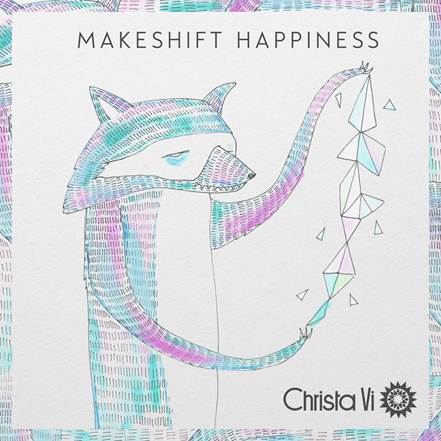 Australian / German singer songwriter Christa Vi has released the video for the title track from her latest EP, ‘Makeshift Happiness’.

Christa has a casual obsession with origami and paper-craft, mainly because of the concept of creating something beautiful or functional out of something ordinary, and like her hobby, her music is delicately crafted, but this time it is in layers of lush vocals and synths.

The single has been co-produced by Dalston-based multi-instrumentalist Andrew McDonnell (Petite Noir, Suns, Crystal Fighters). Other collaborators for this single include Melbourne- based illustrator and painter Erin Greer, who provided the cover-art, and her video was shot by London-based director Chris Turner / Favourite Colour Black (Editors, Gazelle Twin).

The EP was released on 25 September via Christa’s own record label, Tangelo Records.