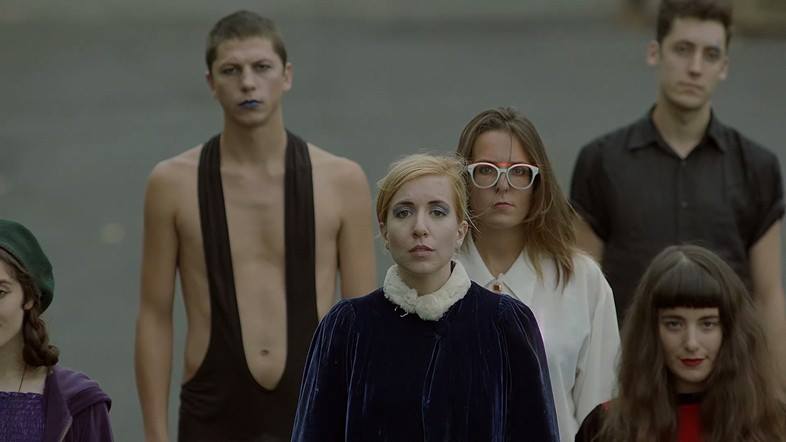 The Olympia album by Canadian alt electro-popper Austra was one of the best things to have come out of 2013. Including genius songs such as ‘Home’, and ‘Forgive Me’. The steady stream of official releases from the album have been accompanied with a variety of colourful, unique, and sometimes disturbing videos, with the latest being ‘Hurt Me Now.’

‘Hurt Me Now’ was directed by M Blash, who directed earlier Austra video ‘Lose It’. It is a creepy, strange video, with a variety of dancers acting bizarrely while the band plays, inside a big white warehouse. The dancers include a green-skinned, horrifying demon girl, who looks like the daughter of Medusa and Old Greg, a range of women in different shapes and sizes, and a hunky topless male motorcyclist riding around. Enjoy!